Gretna Green, just one mile inside the Scottish border, has been associated with marriages for nearly 250 years. Many places in and around this small village can lay claim to being marriage venues, but Gretna Hall was the first official stop in Scotland for the travelling stagecoaches and private carriages. This made it the obvious first choice for a “Blacksmith’s Wedding”… a hastily performed ceremony according to the law of Scotland, where a couple could marry by declaration in the presence of two witnesses, “striking while the iron is hot”!

Gretna Hall mansion house was built, right in the centre of Gretna Green, in 1710 as the home of the local lord of the manor. However, by 1792 it had been turned into a coaching inn and, being much grander than the local “tippling house” it secured a high-class clientele. Many a nobleman or aristocrat was joined in matrimony within these walls as the Marriage Registers confirm.

At present we do not have any wedding offers on file for this wedding venue.

At present we do not have any Late Availability Dates on file for this wedding venue.

A date for the next wedding fayre or open day at this venue is currently being confirmed; please visit this page again for wedding fayre and open day updates. 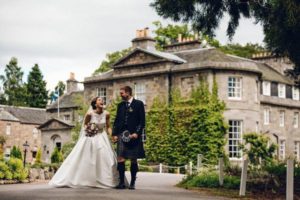 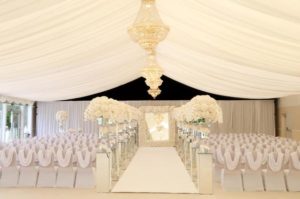 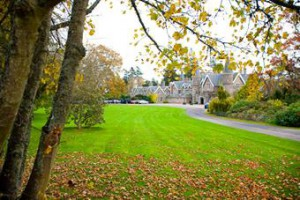 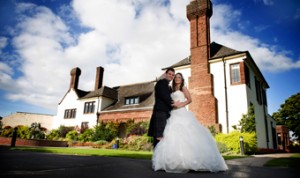 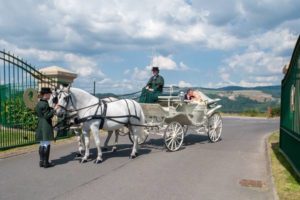 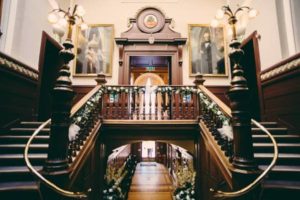 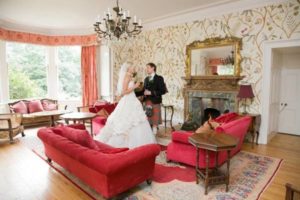 We showcases some of the top wedding venues in Scotland, with over 3000 photos of real weddings, function rooms, bridal suites, onsite facilities and the grounds of hotels, castles and manor houses. As well as wedding brochures, wedding videos and current wedding offers.